What’s going on in the world of ÖeG lately? Well Gonas has become too old for music festivals and startups but we’re still going strong anyway. Mia’s undying love for intuitive interaction and my obsession for nerdy stuff continues to breed new apps for your enjoyment. Or your kid’s enjoyment if you have one. Yup, ÖeG has gone pedagogical and I’m announcing the results here on the blawgh today! Actually we released these apps months ago but I haven’t written about them on the blog yet, for the simple reason most parents and 3-year olds don’t read blogs. But then I thought, hey even if you don’t have kids you may be interested in the fact that we are still alive, kicking and making awesome apps. Anyway here they are:

A simple educational app/game for iPad and iPhone where kids can learn the names of animals. Available in English and Swedish. A fairly big update is almost ready and will be released soon! 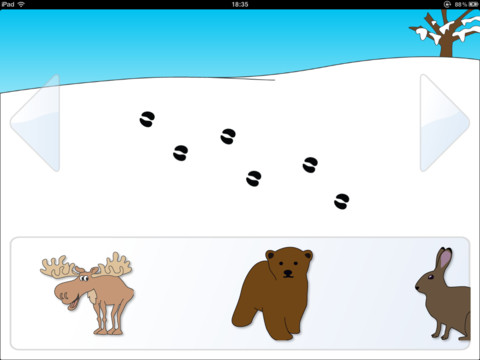 Similar app for iPad and iPhone where you learn to recognize the droppings and tracks of different animals. Also available in English and Swedish.

In the next few days we will reveal an entirely different (non-kidz) app which is currently in closed beta testing! Stay tuned and support the troops.

Announcements hype, kids, kids abc, kidz in space, new apps, screenshots, tales from the wardrobe, who was it
RSS feed