Yeah, you know the saying “Once the first can is opened, politics and all that shit goes out the window”. But unfortunately I’m sober so today I will politicize your face until it’s red. I may live in a secluded country with no free media, pop culture and fun, but thanks to the wonderful world wide web (wwww) I have been able to follow the uproar among Swedish bloggers (but honestly, who the fuck cares what teenage pimple farms has to say about anything?) concerning the IPRED law.

For all y’all that have no idea about what this IPRED thingy is, it’s basically a law that makes it easier for the big bad wolf to find the maladjusted Robin Hood wannabe wanker that is downloading non-pornographic content from the Internet. And since the passing of this law is up for voting in the Swedish Riksdagen sometime soon, a heated debate about file sharing and other “not even close to being important enough to dedicate your life to” topics have invaded online newspapers and bulletin bullshit boards (seriously, why can’t you get a job as a toilet cleaner in the diarrheic ward instead of spamming the web with nonsense? The web is for porn, period).

Since the topic is slightly technical and you can do it with your phone, I thought it would be a good idea to clarify what ÖeG thinks about the issue of file sharing. Many retards who have studied twelve weeks of copyright and patent law make demented arguments that wouldn’t even convince a German in recession, but that will take you a long way when you’re up against capitalist scum fucks from the entertainment industry when you post them on the web. The point isn’t that it’s only information that is copied, not the actual work and neither it is that you are stealing someone’s precious work, made out of the artists sweat and the blood of its relatives. No, you have to think of it as a ball.

An ordinary ball the size of a water melon. What can you do with a ball? Well, you can throw it at people. Yeah, That’s easy. Is it the guy getting the ball in his heads’ fault that you are throwing the ball? Well, sorta. The receiver has a choice, or actually numerous choices. He can catch the ball with his hands, turning it into basketball. He can use his head to control the ball and then catch it with his right foot, turning it into soccer. He may also take the ball, deflate it with his knife and proceed to the thrower to kick his ass. But is that really the best way? What if there are tens of thousands of muscular guys with balls, should you kick the soggy haemorrhoids out of each one? Nah, why bother. 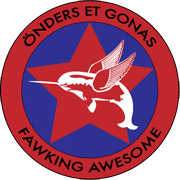